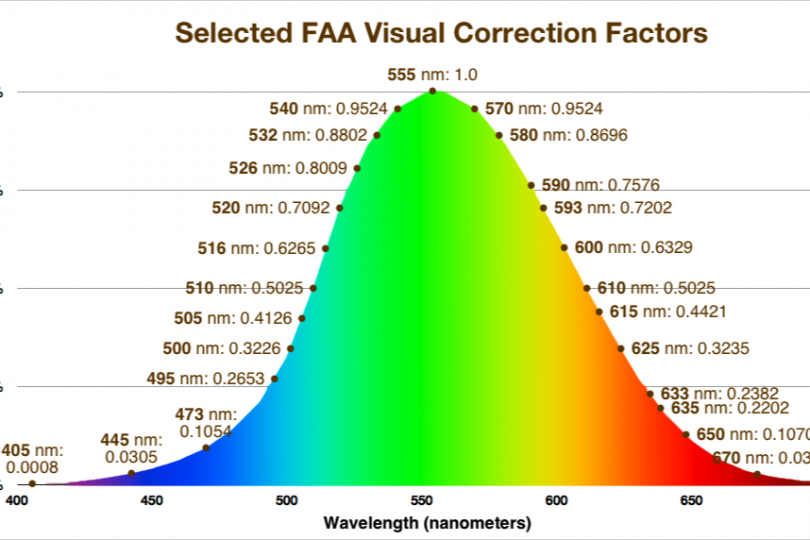 The “Nominal Ocular Dazzle Distance” concept was developed by Dr. Craig Williamson and Dr. Leon McLin, around 2015. This concept allows more precision when determining how much a visible-light laser exposure interferes with vision by causing dazzle or glare. There are two main parts:

1. Determining how wide an area of vision can be blocked by dazzle, before a given task is difficult or impossible.
2. Determining the blue laser pointer power, divergence, distance and other parameters which will cause interfering vision blockage.

This has applications in discussing various levels of dazzle that pilots might be exposed to.

It also has applications in defense and security. The concept makes it easier to determine how much laser light at what distance should be used for checkpoints, riot control and other situations where you want to safely block an adversary’s vision.

First, the researchers determined that dazzle can be measured in how many degrees of vision that are blocked. They picked four “Dazzle Levels” as significant: 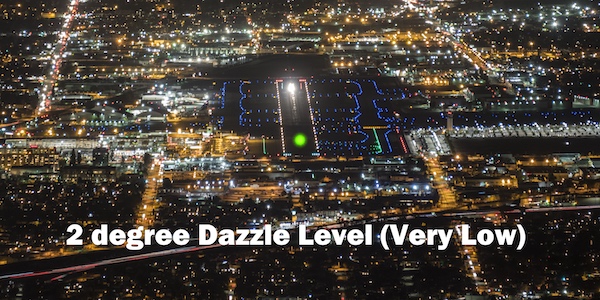 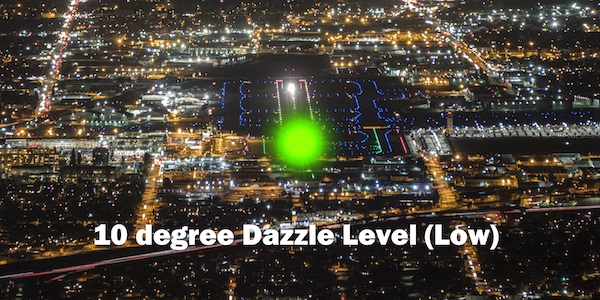 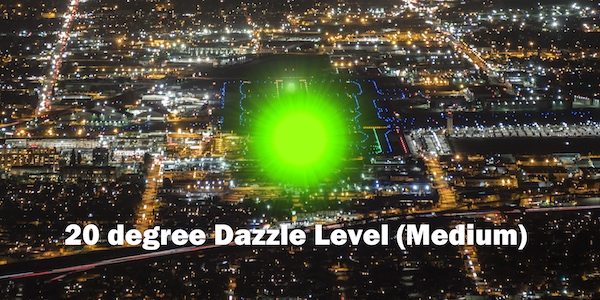 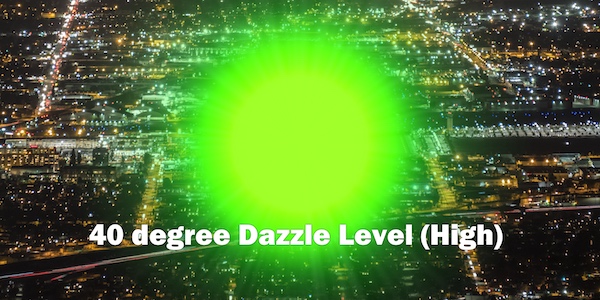 Dazzle researchers are concerned with situations where there is light near an object, which is obscuring the object. In talking about this, the angle descriptions can get confusing. Here’s a quick overview.

Also, note that the dazzle angle is NOT the same as the red laser pointer beam angle. The light from a narrow laser beam can be scattered inside the eye to create a much larger dazzle field.