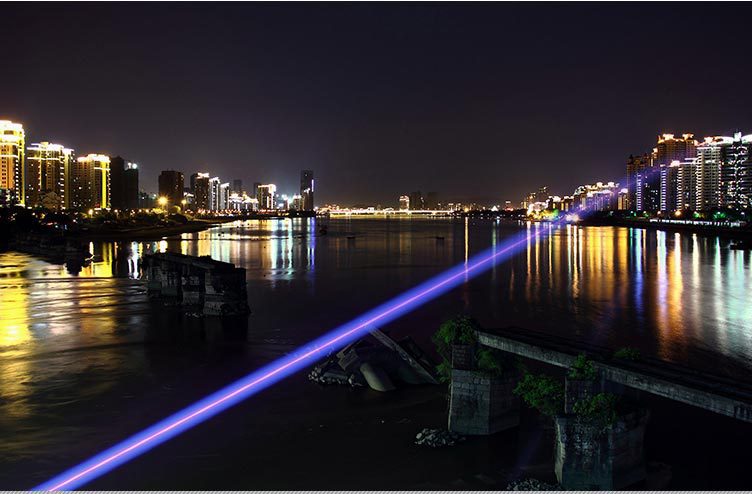 Blue-light Hazard is defined as the potential for a photochemical induced retinal injury resulting from radiation exposure at wavelengths primarily between 400 nm and 500 nm. The mechanisms for photochemical induced retinal injury are caused by the absorption of light by photoreceptors in the eye. Under normal conditions when light hits a photoreceptor, the cell bleaches and becomes useless until it has recovered through a metabolic process called the visual cycle. Absorption of blue laser light, however, has been shown to cause a reversal of the process where cells become unbleached and responsive again to light before it is ready. This greatly increases the potential for oxidative damage. By this mechanism, some biological tissues such as skin, the lens of the eye, and in particular the retina may show irreversible changes induced by prolonged exposure to moderate levels of UV radiation and short-wavelength light.

With the recent release of 445nm direct blue laser diodes into the commercial market, high power laser with output powers of up to 1W will now be available at a significantly lower cost allowing a greater number of people access to the once exclusive technology. With output power far greater than any other visible handheld laser, custom lasers equipped with the 445nm direct blue laser diode if mishandled, can lead to serious injuries and quite possibly permanent vision impairment.

Prolonged exposure to blue laser light can alter and have a diminishing effect on a person’s perception of the color green.Patients who were treated for being exposed too long to intense blue laser light in the milliwatt range were only able to perceive the green color in a period of about 4-6 months.

The blue wavelength can cause a distinct biochemical action in the release of free radicals which are then effectively absorbed by red blood cells in the capillaries. Blue laser light, 445nm or 470nm is absorbed more effectively by retinal tissue compared to 532nm green or 650nm red laser light.

Though laser safety goggles can protect a person’s vision, it’s always best to remember NEVER to look into a laser beam or bright reflection even when wearing laser safety goggles. Overall, the best protection is still in arming oneself with preventive knowledge and to exercise responsibility and proper restraint when using lasers.

Blue light hazard can cause BLINDNESS and not just color perception issues. The power of this laser is no joke, do not allow unprotected eye exposure to diffusely scattered light from the beam terminating on a wall, the floor or other flat surface from this laser closer than 3 feet. Accidental eye exposure will definitely result in instant retina tissue damage even within just milliseconds of exposure. Direct eye contact with the beam or reflected will cause instant permanent damage and blindness. Sometimes blindness may take a day or longer for the onset. Unlike instant injury from a bright flash of a red or green laser, this effect is cumulative over 24 hours. It is also possible that such an exposure could cause retinal degeneration and even loss of vision later in life.

This is a very serious issue and would like to reiterate that extreme care, proper safety gear and the necessary safety precautions be followed when using high power lasers, it is not a toy. In addition, this laser must NEVER be used to play with your pets. At close range, this Class 4 beam will cause immediate and irreversable retinal damage. Close proximity to the beam’s diffused reflection off floors and walls could potentially cause injury and blindness. In general, DO NOT aim this laser on yourself, on your skin, on animals, on others or target moving vehicles and airplanes.