The laser pointer is used to irradiate the glass rod to produce the effect of laser refraction. We can see that the Green laser pointer is originally just one line. When it passes through the glass rod, it instantly becomes the kind of effect of a projector. People are dazzled. It is very beautiful. At this moment, a colorful light will be emitted from the direction without the laser pointer. When the colorful light is reflected by a mirror, it will scatter a very beautiful light again. 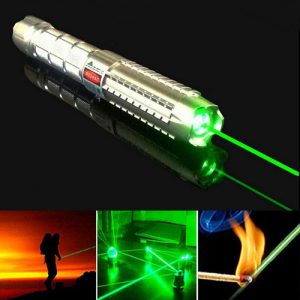