Specifically, it uses the light spot generated by a handheld (it seems to have an automatic) laser device, and then moves the bright pattern generated by the laser. The light attracts cats and other instinctive animals (it is said that dogs don’t like it) in an irregular way and guides them. On the floor or wall or other opaque surface near the cat. According to research by zoologists, wild cats hunt 8-10 times a day. Although indoor cats do not have the traditional sport of hunting, the red dot formed by the Green laser pointer has stimulated the instincts of most cats and is unable to extricate themselves from it.

Countless facts have long proved that the creativity and imagination of human beings are often endless when they are bored. For example, use laser pointers for reporting and teaching work to make cats funny. Increase the amount of exercise for cats, so that cats who have no energy to vent can exercise as much as they want. Let cats who do not like exercise reduce the possibility of obesity, and let obese cats lose weight. 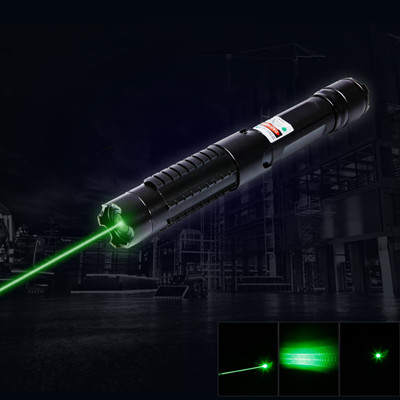 Points to note for funny cat with Laser pointer

1. Don’t play this game for cats when it is too late at night. Because when the cat is running and chasing the little red dot that can’t be seen, it will stick out its paws when it encounters a sharp turn or turn its head to chase. This makes it easy to “swipe” on the wooden floor or tiled floor. “The sound of scratches.” In the dead of night, all the sounds will become louder than during the day. If the cats run back and forth a few more times like this, it would be uncivilized behavior to disturb the people in the middle of the night.
2. Do not aim the laser beam directly at the cat’s eyes. The laser (like most laser pointers) is safe for the eyes of people and pets who occasionally come into direct contact, but it is strongly recommended to avoid looking directly at the laser for a long time.
3. The cat gets crazy when encountering the laser pointer, but ignores it. So as the host, you have to pay attention when you move the laser pointer. For the safety of the bottles, cans and all kinds of furniture at home, you must follow a safe chase route, and don’t transfer the laser pointer too quickly. It is not good if you hurt your master.