If you see a point or a beam, you have a visible laser. Whether you see a light beam in the air depends on several factors: In clear air, the light beam will be scattered by air molecules in a process called Rayleigh scattering. The process is fairly weak and depends on atmospheric pressure, green laser pointer wavelength, and how you view the beam.

For example, viewing almost along the path of the beam will produce a beam that is significantly brighter than viewing the same beam perpendicular to the path. Shorter wavelengths are scattered more strongly, but the eyes are most sensitive to the green color of 555 nm. This makes the optimal wavelength of the strongest beam (assuming constant beam power) around 480 to 500 nm.

Of course, a more powerful laser will produce a brighter scattered beam. At night, if you look along the beam direction, you can see the 15 mW green laser beam very clearly. Viewed from the side, perpendicular to the beam, you may need 100 mW or more. The photos used by the laser pointer supplier are long exposures. 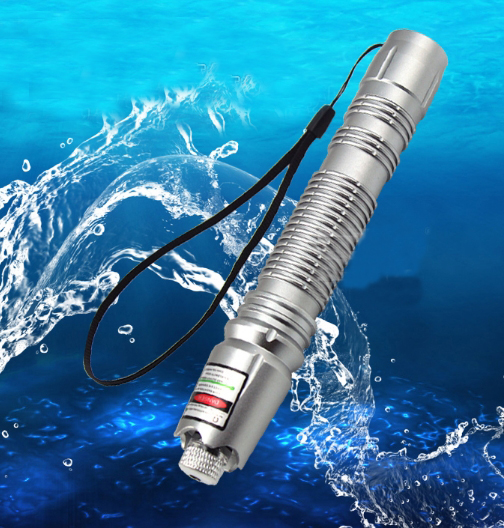 Don’t expect to see the beam well. The 100-watt laser from the Air Force Starfire Optical Range Telescope may illuminate the night sky and be very clearly visible from a distance at night. It may take a 40-50 megawatt red laser beam to see it along the beam. The photos on the side of the red laser beam are almost always forged.

If there is very light fog or light frost in the air, you will get more scattering. Even for a 5 mW red laser pointer, the beam can be very noticeable. It is much more difficult to see the beam during the day. Usually you need a visible laser beam of more than 1000 watts to see Rayleigh scattering under full daylight conditions.